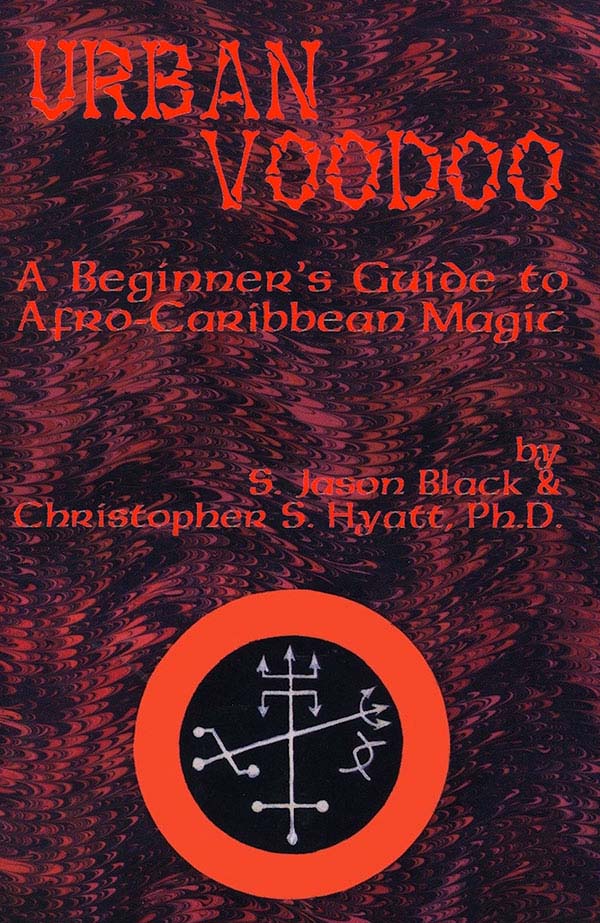 This book fills a long-standing need in the literature: Voodoo, Santeria, and Macumba as practiced today in cities throughout the Western world. It is not another history or sociological study, but a candid personal account by two who came to "the religion" from the outside. It includes descriptions of the phenomena triggered by Voodoo practice, divination techniques, spells and a method of self-initiation. Illustrated.

My experiences with Voodoo began about 1983 or 1984. I had been involved with the "occult" for many years and had been in, or on the fringes of, a number of organized groups... I began to withdraw from these association. I had come to the growing, and disappointing, realization that while most so-called "magical orders" claimed to teach and practice magic, almost none of them did so.

The result was that, probably like the majority of people involved in esoteric disciplines, I began to practice alone or with a very few selected partners.

I have had psychic experiences since I was quite small. In fact, the inability of my Presbyterian minister or Sunday school teachers to answer my questions about these (Presbyterianism is radically non-mystical) was what started my interest in the occult. During the intervening years I had become adept at tarot card divination, astrology, pendulum dowsing, and trance work. I spent a brief period as a professional psychic and a much longer period giving readings for businesses (something I still do).

I mention this to make it clear that, when the events I am about to describe began, I was not a novice. Further, at the time, I had no interest in Voodoo whatsoever. What little I had read about it rather turned me off.

I was sensing an impending change. I was working at a job in the broadcasting industry for which I had had high hopes. Unfortunately the business situation was going downhill, not just for me, but for people all over the country.

One night in the midst of this, I performed a ritual to cleanse the atmosphere...and performed an evocation of what I then considered to be a "familiar spirit" called Orox.

I used a professionally made and balanced dowser's pendulum for basic communication during this exercise. The pendulum gives positive/negative answers as well as measuring degrees of "intensity" regarding the subject inquired about.

I was informed that I had better be prepared for a move, since the situation I was in was unstable... Furthermore, I was to get in touch with another energy — or order of beings, it was unclear — and what's more they were calling me.

This was a simple process of elimination. Since I was dealing with a yes/no oracle, I needed a word or sentence to work from. I asked if a reference to what I was seeking existed in my personal library.

Was the reference in a fiction or non-fiction book?

I then began, one by one, to name the reference books on my shelves until the pendulum indicated I had named the correct one. It was Cults of The Shadow by the British author Kenneth Grant.

I opened the table of contents and went through the same process until I was told what chapter to look in, and repeated it again with the page number and then with the paragraph.

The word — and the whole answer was reduced to something that small and specific — was Ifa, a Yoruba deity name that is mentioned only briefly in an early chapter of Grant's book. Mr. Grant claimed that this was the name of the "African Venus." What's more, I can say with absolute certainty that Ifa was mentioned in no other book I owned at the time.

I asked the pendulum if this was correct. It insisted, repeatedly, that it was. Having no reference that I could study, beyond Grant's few sentences that made no sense, I gave up on it for the night and went to bed.

The following evening after work I went to the Bodhi Tree bookstore in West Hollywood, one of the largest religious/occult bookstores in the country. I went there instead of the public library, having learned from repeated experience that if the library had ever had good references to a subject like Voodoo, they had already been stolen. Also I felt I might want to own my source of information.

Unfortunately, the selection of books on African religion or Voodoo were rather small that night, and what there was, was related to Haitian Voodoo, which is Dahomean not Yoruban (though there are many connections) with no references to poor old Ifa, whoever she was. I gave up in disgust and began browsing at random, putting the matter out of my mind. After a little while I picked up a (then) new book called The Oracle of Geomancy by Stephen Skinner.

(For those of you not familiar with Geomancy, it is a rather complex form of divination which combines some of the symbols and forms of astrology with ancient "earth" magic.)

While glancing at the introduction to the book, to my utter amazement, I saw a complete description of the history of Ifa! Ifa was male, not female, and had nothing whatever to do with Venus. Ifa was a sort of "elder god" who had given both the gods and men the art of divination and then went about his business rather like the Greek Titans. He was also intimately involved with luck and with the performance of miracles. This was completely in line with my personal needs.

Except for the name, everything in the Kenneth Grant book was totally incorrect.

I emphasize this to point out the fact that not only had I no previous interest in this Ifa, but the only reference I had in my possession was utterly erroneous. This makes it less likely that my guidance to this subject "spouted from my unconscious."

A couple of evenings later, I performed a conjuration of "Ifa" using what little information I had. In European magic, as well as its Voodoo cousins, a "link" is usually formed with the spirit to be conjured using either a symbol or icon traditionally associated with it. (Full instructions will be given later in this book. (Also see Pacts With the Devil and Aleister Crowley's Illustrated Goetia.) I had none of these traditional tools to work with, so I simply asked for some sort of "sign." I have done this before with some success, frequently receiving lucid dreams or weird synchronicities in response.

In this case, I began having dreams of floating figures that spoke to me, and exotic tropical landscapes I didn't recognize. Again, these were only dreams, and I don't present them as psychic phenomena, but they were noticeable as something unusual, and continued night after night for about a week.

I had purchased a book with some Voodoo material in it, but it referenced only Haitian Voodoo, and Ifa was not mentioned in that pantheon of spirits. This was another rather odd thing about the experience. What little I had ever read about Voodoo had been about Haiti. The tradition I was trying to find out about was, to my personal experience, utterly obscure. This further indicated that these "omens" were not cobbled together from my previous knowledge. It was soon to be driven home to me just how very little I knew about a world of magic that existed all around me.

I continued to perform my crude conjurations and tried to research my subject during the evening and while dealing with an increasingly chaotic office during the day. The only tangible results of my efforts seemed to be an increasing feeling of eeriness and tension, as though something were about to happen. Sometimes I had the feeling of being followed, which made me feel neither secure nor particularly sane.

The first certainty that I was having what the hoi poloi would call a "religious experience," and what I prefer to think of in paranormal terms, came on the third weekend after I began my magical experimentation. I was walking home alone quite late one night. I had just seen a movie at a local art house. I wasn't nervous; I knew the area very well — I lived there — and there wasn't a potential mugger in sight. Just me and the skunks from Griffith Park. My mind was totally involved with the conjurations that I had been performing on almost a nightly basis, and I had decided that since — except for the dreams, which were not convincing enough — I had not received the requested "sign", I would drop the whole matter.

At the moment that I made that decision, I felt a crawling sensation along my skin, and the streetlights around me went out.

Telling myself to please not be a fool, I continued my walk, but the weird crawling sensation remained present. To calm myself down and also to test the situation, I said out loud, "If this is a spirit manifestation, then do it again." By this time I was two or three blocks away from the light failure and all the other streetlights were normal.

This, to my mind, was starting to push coincidence, and my walk home became much speedier. By the time I reached the lobby of my apartment building I started to dismiss it again — after all, streetlights went out in Los Angeles all the time. I stood waiting for the elevator to take me to my apartment and, when it appeared, since I still had the feeling of a "presence" I just said "OK, if you're there, do it again."

At that moment the elevator lights went out, and the elevator door began shuddering open and shut like a spastic colon.

I ran, did not walk, up the stairs to my home.

A valuable contribution to the occult literature.

A fine job capturing the essence of Afro-Caribbean spirituality. Don't mess with this stuff unless you are serious. 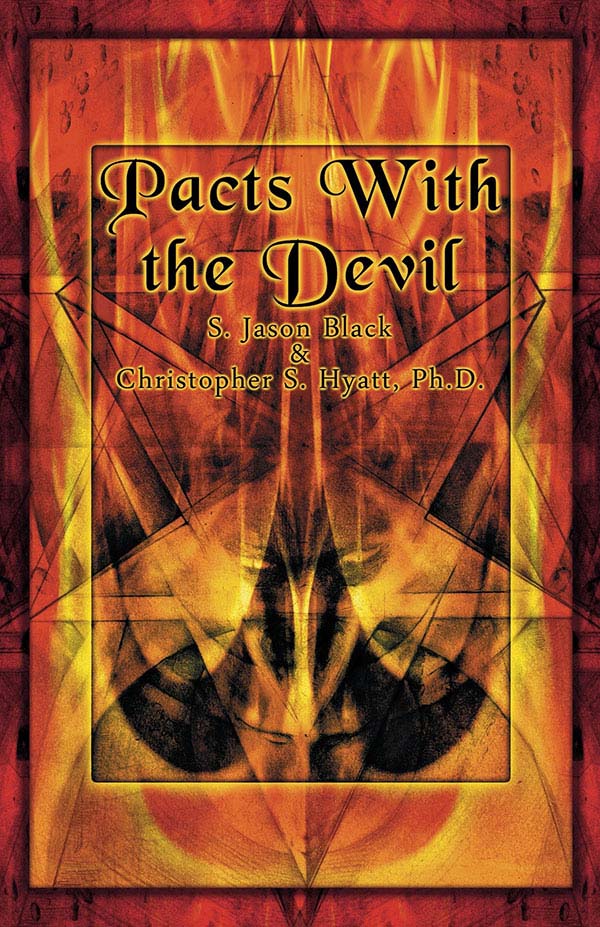 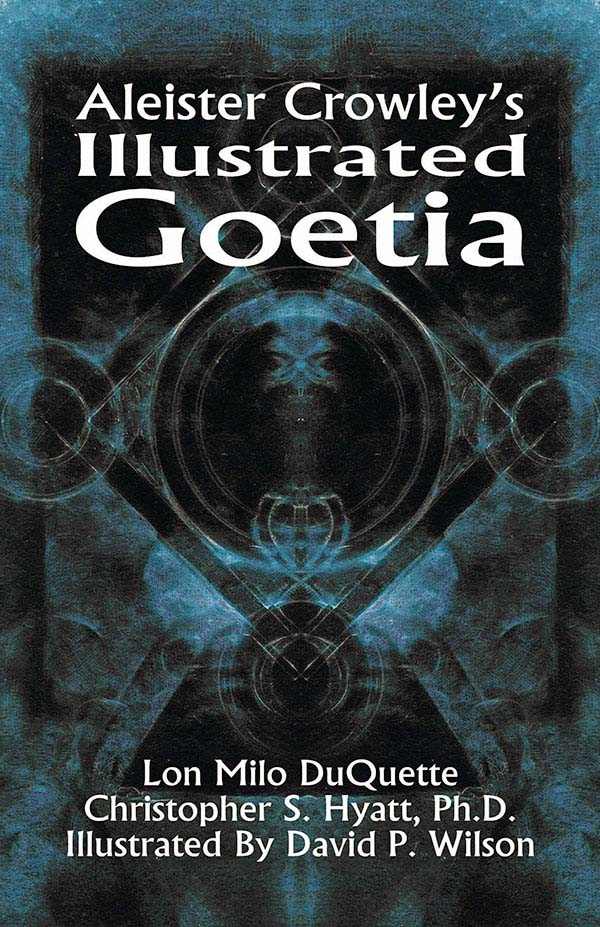 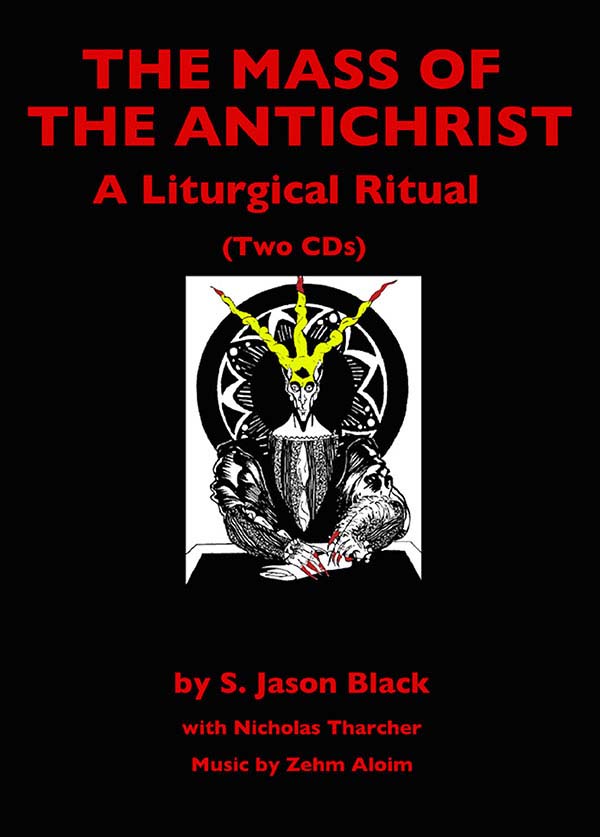 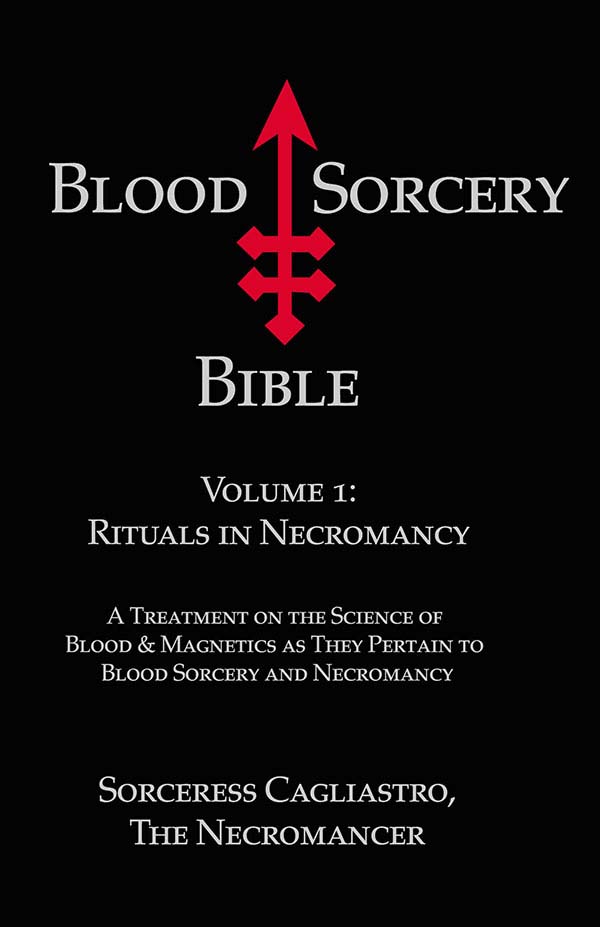 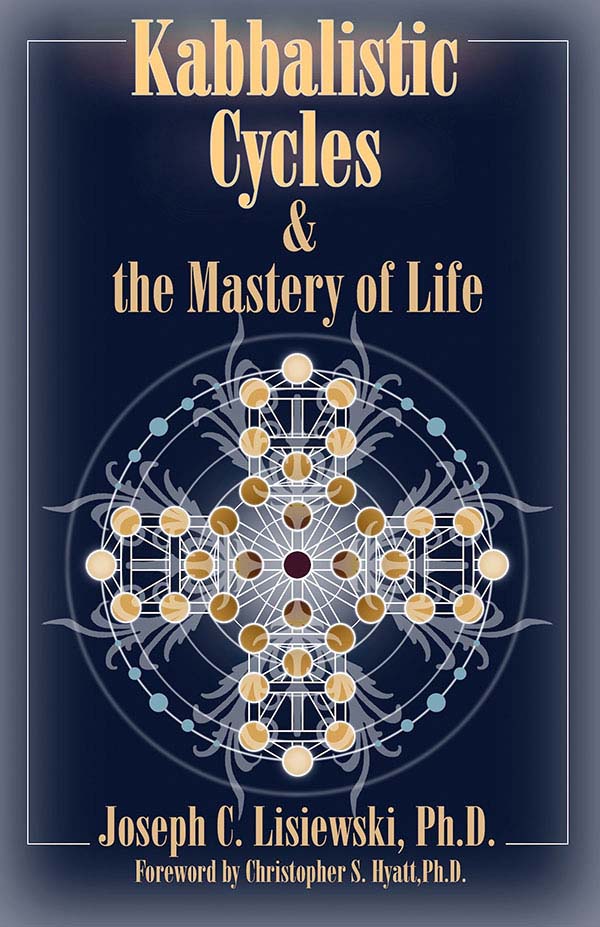 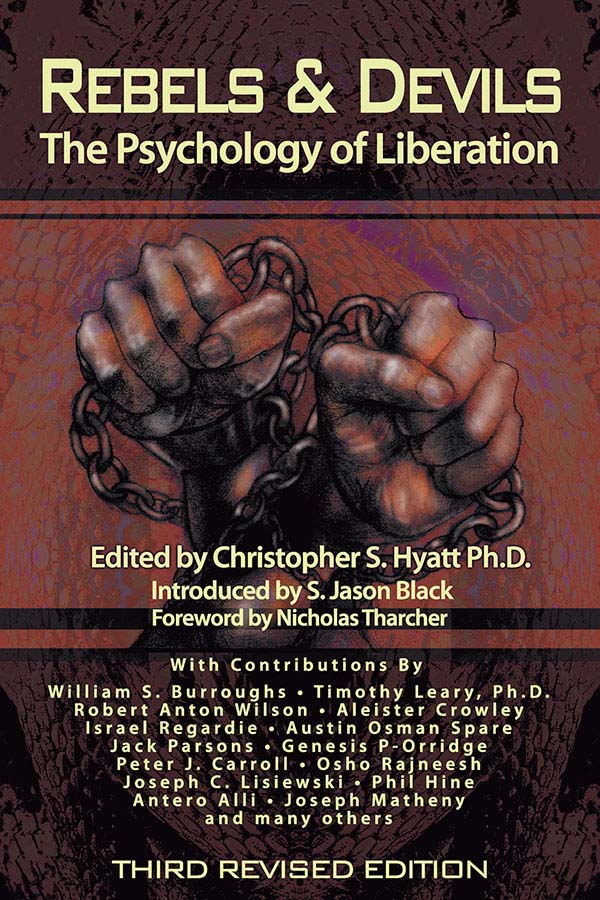 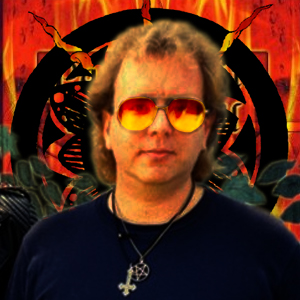 S. Jason Black is a professional writer and artist and a life-long student and practitioner of Magic and Tantra. He has worked as a professional psychic, much sought after for his accuracy.